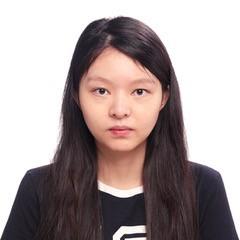 Yet another Computer Science graduate has won the Governor General’s Academic Medal award in the Faculty of Science. Fangzhao Zhang joins an elite group of 16 UBC computer science students to have won this award within the Faculty of Science over the past 21 years. They are given out once a year for the student with the highest grade point average within a faculty.

Fangzhao Zhang graduates with a Combined Honours in Computer Science and Math with Distinction.

“Wow, I never imagined I would win an award like this. I did work very hard, but I didn’t expect to achieve this,” said Fangzhao. “I am ecstatic! I put a lot of effort into my classes, but as an international Mandarin-speaking student, I struggled with the language at first. I would go to my professors for help, and sometimes we had trouble understanding each other.” she said.

Fangzhao makes a point of giving much of the credit for her success to the patience of faculty and staff with all of her questions and translation issues. “Even outside of office hours, I would sometimes spend two or three hours asking questions and trying to understand the answers. Everyone was always so patient with me and took the time to explain everything in detail, one question at a time. That support, and the support of my fellow students gave me the motivation to continue my academic role and go deep into research.”

Fangzhao has been accepted at Stanford to the PhD program in Electrical Engineering for September 2021. We are so proud of you Fangzhao! You deserve this award, and we’re sure you’ll knock it out of the park at Stanford too.