Kellogg Booth does not possess an undergraduate degree in computer science. Never has, never will.

Yet he’s just won a 2020 Lifetime Achievement Award from CS-Can/Info-Can. The award recognizes current or former faculty members in Canadian computer science (CS) who’ve made outstanding, sustained contributions to computing over their careers. And Kelly certainly has.

So how does one get this far without a CS undergrad degree?

“I came just a few years too early for that,” explains Kelly. “My bachelor’s degree is in mathematics from Caltech back in 1968.” He did go on to attain a Master’s degree and PhD in computer science at UC Berkeley. And prior to coming to UBC computer science in 1990, he was a faculty member in CS at the University of Waterloo and before that, on staff at Lawrence Livermore National Laboratory.

Nominated by a UBC colleague, Kelly’s award recognizes his contributions to building research capacity, enabling interdisciplinary research, and mentoring students and junior colleagues over his impressive 40-year career as a computer science faculty member in Canada (27 years at UBC).

His academic research has spanned from theoretical computer science (analysis of algorithms, especially for graph-theoretic problems), and interactive computer graphics for application support, and later to human-computer interaction, which has been his area of focus for most of his career. “Although naturally,” says Kelly, “the specific problems have changed as the technology and research challenges have evolved.”

“It is always a surprise to receive an honor like this. I am grateful for all the effort that went into nominating me, and happy that my work to promote research collaborations has been recognized as meaningful.”

But Kelly attributes much to learning from others as well. “Teaching students and mentoring colleagues have been critical to my success. It always resulted in me learning new things too, which I’ve always relished. So it’s nice to get an award for something you actually had fun doing.”

Ever prolific in his undertakings, Kelly has also been the recipient of other notable awards including an Achievement Award by the Canadian Human-Computer Communications Society (2008) a Canadian Digital Media Pioneer Award (2016), and an Outstanding Service Award by ACM SIGGRAPH (2010).

Now, as Professor Emeritus, Kelly is able to look back over his lustrous career, identifying his proudest accomplishments, “One was co-founding the Computer Graphics Laboratory at the University of Waterloo.” He explains how the early ‘80s saw a lot of growth in computer graphics, so their lab took an early leadership position within Canada, pioneering work at the National Research Council and the National Film Board and ultimately securing a strong presence for Canada in the animation software sector.

The second source of pride for Kelly was creating the Graphics, Animation, and New Media Network of Centres of Excellence (GRAND NCE)  in 2010.

It was focused on digital media technologies that spanned a cross-disciplinary effort: computer scientists and engineers, social scientists, humanists, artists, and designers. Kelly credits the Media and Graphics Interdisciplinary Centre (MAGIC) at UBC, which he led from 1990-2002, as the blueprint for GRAND, scaled up to the national level.

You could say winning this award is the final of Kelly’s achievements, but what about his retirement? “I’m finally in the process of winding down and settling into real retirement,” he says. But in the next breath, “There is still one thing on my to-do list, and that is to publish a paper with my colleague in the Faculty of Law at UBC. It’s the last remaining disciplinary faculty where I have not co-authored a paper. Kind of like completing a cross-disciplinary scratch & win card,” he laughs. 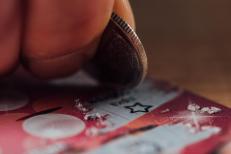