UBC Computer Science welcomes eight new faculty members who joined our department as instructors and research faculty in the past 18 months: 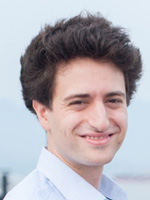 Michael (Mike) Gelbart holds an undergraduate degree in physics from Princeton University. In graduate school, he switched fields to computer science and received a PhD from the machine learning group at Harvard University, where he co-developed a software package called Spearmint for hyperparameter optimization of machine learning algorithms. Mike joined UBC in 2015 and was part of the team that launched the Master of Data Science (MDS) program. Mike’s new position will be split between teaching undergraduate CS courses and teaching/leadership in MDS. 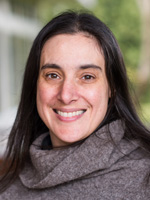 Elisa Baniassad joined the department in May 2016 as an Instructor after having taught at Trinity College Dublin, the Chinese University of Hong Kong, and the Australian National University.  She is a returning UBC alumnus (PhD in 2001), and is an expert on Software Engineering and Programming Language design.  She is a winner of the 2016 UBC Computer Science Department Faculty Teaching Award. 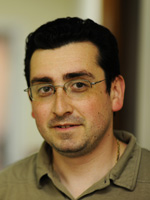 Leonid Sigal joins the CS Department in September 2017, coming from Disney Research, where he was a Senior Research Scientist. Leonid Sigal is a leading expert on computer vision and applied machine learning, with over 70 published papers in top venues within these fields. His research spans variety of visual computing problems and bridges aspects of vision, machine learning, NLP and computer graphics. Leonid is best known for his early pioneering work on human pose estimation and influential work on video analysis and activity recognition. He is interested in efficient and scalable deep learning-based approaches for semantic visual understanding resulting, in part, from combining vision and language. Most recently, he has been working on developing approaches for visual question answering and dialoging, video generation, as well as new structured approaches that combine neural networks with graphical models. He will arrive at UBC in September 2017. At UBC, Leonid Sigal is particularly excited about working with students and collaborating with other vision, graphics, ML and NLP faculty, as well as expanding his research into new application domains, including medical imaging. 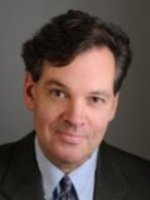 Bruce Shepherd joins the department as Professor in January, 2018, coming to us from McGill University where he was a James McGill Professor.  He has previously held positions at the London School of Economics and Bell Laboratories. His research interests include algorithms, optimization, convex geometry, and graph theory. His theoretical work is typically motivated by practical issues, one example being his work on the networking protocol BGP which was listed by Rexford as one of her top 10 `practical theory papers'. 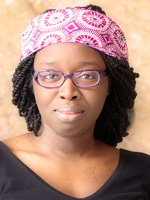 Kemi Ola joins the CS Department in January 2018, coming from Western University, where she recently completed her doctoral degree in Computer Science with an emphasis in Information Visualization. Previously, she has worked as a sessional lecturer and course content developer in 3 different countries. She brings a wealth of knowledge in teaching computer science courses to a diverse student body. In the past, she has participated in outreach activities and helped organize conferences for science educators.  Kemi has a passion for exploring ways to improve the learning experience of students and is looking forward to working on such endeavors at UBC. 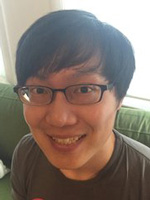 Dongwook Yoon is an Assistant Professor at the Department of Computer Science, University of British Columbia, and a member of IMAGER and Design for People. His research lies at the intersection of human-computer interaction (HCI), computer-supported cooperative work (CSCW), computer-mediated communication (CMC), and educational technology. He focuses on building rich collaboration systems that offer expressive multimodal interactions, i.e., interactions through multiple communication channels (e.g., speech, gesture, and grasp). His design approach translates natural human interactions into novel combinations of input modalities that serve as building blocks for fluid, rich, and lightweight interfaces. He deploys and evaluates high-fidelity systems in real world contexts (e.g., classrooms), from which we can obtain ecologically valid user data. Dongwook earned his Ph.D. in information science from Cornell University, and his M.S. in computer graphics and B.S. in electrical engineering from Seoul National University. 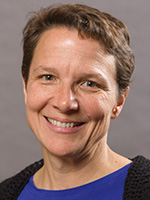 Cinda Heeren joins the department as a Senior Instructor in July 2017, coming from the University of Illinois Urbana-Champaign, USA, where she was a Teaching Professor and a winner of multiple teaching awards.  She is a strong advocate for teaching methods including peer instruction and active learning, and delights in passing on her passion for computer science to those from all background. 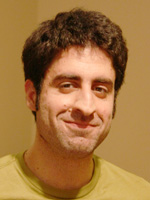 Before joining UBC, Siamak was a postdoctoral fellow at Machine Learning Department and Robotics Institute at Carnegie Mellon University. He received his Ph.D. from the University of Alberta, where he studied approximate inference in algebraic and combinatorial settings. His research focus is inference within structured, complex and combinatorial domains, in particular where this research enables data-driven advances in science. He is especially excited about applications in astronomy and cosmology.