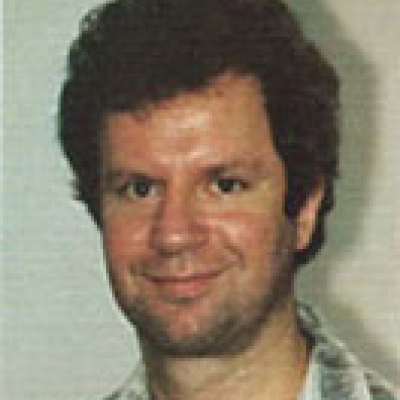 Since I don't expect we'll find the answers to these questions any time soon, my concerns are focused on the slightly more restricted set of issues outlined above. My research over the past several years has involved mostly the first three of these issues. Much of this has centered around visual attention: what role it plays in humans, how to design interfaces so as to minimize attentional effort, and the extent to which machines might need attention-like processes.

As an example of such work, one of my projects at Cambridge Basic Research (CBR) explored the question of why people often do not see things that are right in front of their eyes. (This form of "blindness" is a major cause of traffic accidents.) To study why this happens, I developed a flicker paradigm in which two images - an original and a modified one - are sequentially alternated, with a brief (<100 ms) flash placed between the images. This flash is enough to drown out the local motion signals that would normally draw attention to the location of the change. Under these conditions subjects have a very difficult time seeing the change between the two pictures, even when the changes are large, and the subjects are expecting them. Evidently, attention is required to see change; without it, people will look at but not see the change.
(Take a look at some examples of this effect!)