Consider this sentence: “Although Aubrey was stronger, they lost to Alex in an arm wrestle.” Now, how would you feel if you were Aubrey? Using your common sense, you may very well answer “Disappointed.” But how did you arrive at that conclusion?

Dr. Shwartz, one of the newest faculty members to join UBC’s Computer Science department and part of the Natural Language Processing (NLP) group, breaks it down, “In order to answer a question like that, you need to know that arm wrestling is something that requires being strong. You also need to know that people don't like to lose. And you’d have to know that if they were stronger, they’d be expected to win. Therefore, they were disappointed by losing. This kind of common sense reasoning is very trivial for humans,” Vered says.

Yet as she also points out, “It's not at all trivial for machines. That’s because common sense reasoning is a very difficult parameter to teach a computer, and so are the nuances of language that further complicate the task.” But it’s those challenges that constitute the bulk of Vered’s research. 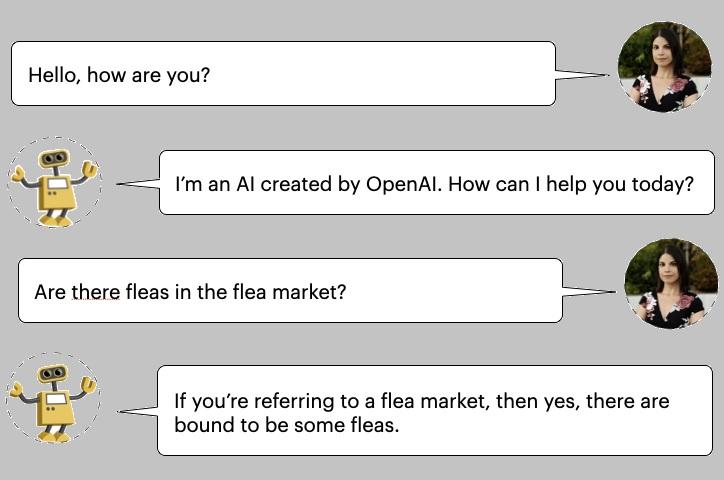 Vered started her new role as Assistant Professor at UBC on September 1, having come from Seattle, where she was a postdoctoral researcher at the Allen Institute for AI (AI2) and the Paul G. Allen School of Computer Science & Engineering, University of Washington. Prior to that, she was living in her birth country, Israel, where she attained her PhD, M.Sc. and B.Sc. in Computer Science at Bar-Ilan University.

Her employment history includes internships at Google and IBM, and she also worked in software engineering and development with the Israel Defense Force.

Vered’s research in NLP specifically focuses on incorporating advanced common sense reasoning into training models that are then capable of human-level understanding of natural language. At UBC, she is now supervising three first-year PhD students in the domain as they delve into projects that continue her research. In one of the projects, Vered and her students are trying to generate missing knowledge for training models in situations like the afore-mentioned arm wrestling scenario. They are looking at building in statements like, ‘You need to be stronger to win in arm wrestling,’ and ‘People don't like to lose.’

"Common sense reasoning is a very difficult parameter to teach a computer, and so are the nuances of language that further complicate the task."  ~ Dr. Vered Shwartz

As for future potential applications, Dr. Shwartz says, “These core components could be used by personal assistants such as Google Assistant, Siri, translation apps or even by sentiment analysis, where companies wish to learn what their customers think about their products.”

“Machine models are not very good at generalizing,” she explains.  “I argue that part of what they're missing is common sense and that, given a new situation or new question which they've never encountered, if they can't get to the correct answer, they could at least try to predict a reasonable answer, and make more human-like mistakes. We train models on various situations but you can't really enumerate all possible situations. There will always be a brand new situation.”

She also explains how reporting bias can be a challenge. “If you're trying to teach a model about the world from what people text about, you will encounter reporting bias. This is where people tend to speak more about the exceptional instead of the obvious. For example, if you consider the frequency of a topic mentioned in text as a proxy to frequency of things that happen in the world, then you would infer that people murder more than they breathe. That’s because nobody texts about breathing, because it's so trivial.”

When Vered is not teaching, or exploring how to teach machines common sense reasoning, she is very active in fitness classes and workouts, makes progress on the non-fiction book she’s writing, and practices speaking Italian. The electric guitar is also in her repertoire, which Vered so rightly describes as, “A different language altogether.”

Welcome to the department, Vered. It’s obvious that an exceptional amount of common sense was used when the decision to hire you was made.