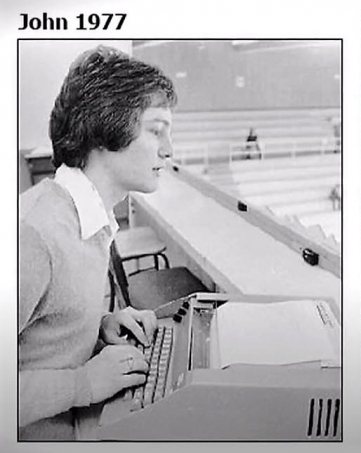 Today, Zoom, Google Hangouts, and other group video call platforms are practically second nature to us all, and currently: our connection to everything.

But a mere 30-ish years ago, networking was in its infancy and just getting off the ground. Sure, some had begun in the 80s amongst select groups. There was BITNET (a network for American universities), HEPnet (for physics researchers), NetNorth (the Canadian offshoot from BITNET), CDNNet (headquartered at UBC, for Canadian research and educational use), and UUCP (Unix-to-Unix copy protocol), to name a few. But these networks all had different protocols and were incompatible.

John Demco, a Computing Facilities Manager in UBC's Department of Computer Science was determined to find a way to connect them.

Fast-forward to May, 1987. John registered dot-ca, the universally-recognized domain name for Canada. Now let’s put this into context. This was a full two years prior to the internet making its mainstream debut.

By the following year in January 1988, John had registered ubc.ca, giving the university a platform to connect with the world.

“I wrote all my software for the registry with Perl,” John explains, “which is more of an interpreted language. It’s not for everyone, but was ideal for my purposes at that time.” John goes on to say that he also studied FORTRAN and IBM Assembly in his undergrad studies at the University of Alberta. He then spent four years as a programmer in their CS department before coming to UBC.

After registering .ca, John voluntarily managed the registry for the next 13 years off the side of his desk at UBC, accumulating 100,000 domain registrations. It was finally time to hand it over to the not-for-profit corporation Canadian Internet Registration Authority (CIRA), which John himself had established in collaboration with UBC, the Canadian government and other Canadian stakeholders.

For the transfer of authority, UBC received a generous $4.3M, and along with Mr. Demco, was recognized as an innovator and key player in the online revolution. John and three other staff went to co-find webnames.ca, now a successful domain registrar.

Many honours have been bestowed on John

For his contribution, UBC’s Department of Computer Science decided to honour him by naming its undergraduate computing learning facility ‘The Demco Learning Centre.' Today, students use the lab for ground-breaking work, with the Canadian pioneer’s name attached to the learning space.

John has also been recognized for his innovation and incredible work by the Canadian government, the U of A, and industry. In 2014, he was presented the UBC Honorary Alumni Award, and even more notably, John has been inducted into Canada’s Internet Hall of Fame, received a Lifetime Achievement Canadian New Media Award in 2006, and a Diamond Jubilee Medal in 2013.

Thoughts of the future

When asked about his thoughts of present day and how that’s affecting technology or the way we do business, he said “I’m not a visionary, but perhaps what will happen is that when the economy does start up again, companies may not go back to business the same way as before. Perhaps there will continue to be more remote work, different space planning, and people choosing whether to network more, or perhaps less.”

John goes on to say, “You know, the great thing about tech and computer science today, is that it’s required in just about any profession, and it’s inter-disciplinary. The world is virtually wide open to combine disciplines together with computer science.” 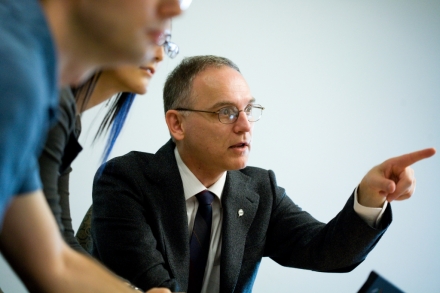 Today, the .ca domain is the most recognized symbol of Canada on the internet, with more than two million domain names registered.