This June, UBC's brightest programming minds will be heading to the world champion International Collegiate Programming Contest (ICPC) in Moscow, Russia after securing first place in the regional Pacific Northwest competition this past November.

Over the past decade, the ICPC Pacific Northwest regional competition has regularly been dominated by UBC and Stanford, and who are we to break the trend?

Students and alumni come from various disciplines who practice algorithmic programming, with the main goal of competing in the worlds. Each team consists of three contestants. The teams are presented with a set of complex problems and the objective is to solve as many of the problems as possible, under a strict time limit. For each team, a score will be determined, based on how quickly problems are solved and how many attempts it took to solve a problem. The team with the best score at the end of the time limit wins the competition.

On Februrary 22nd, they also competed in the North American ICPC invitational. 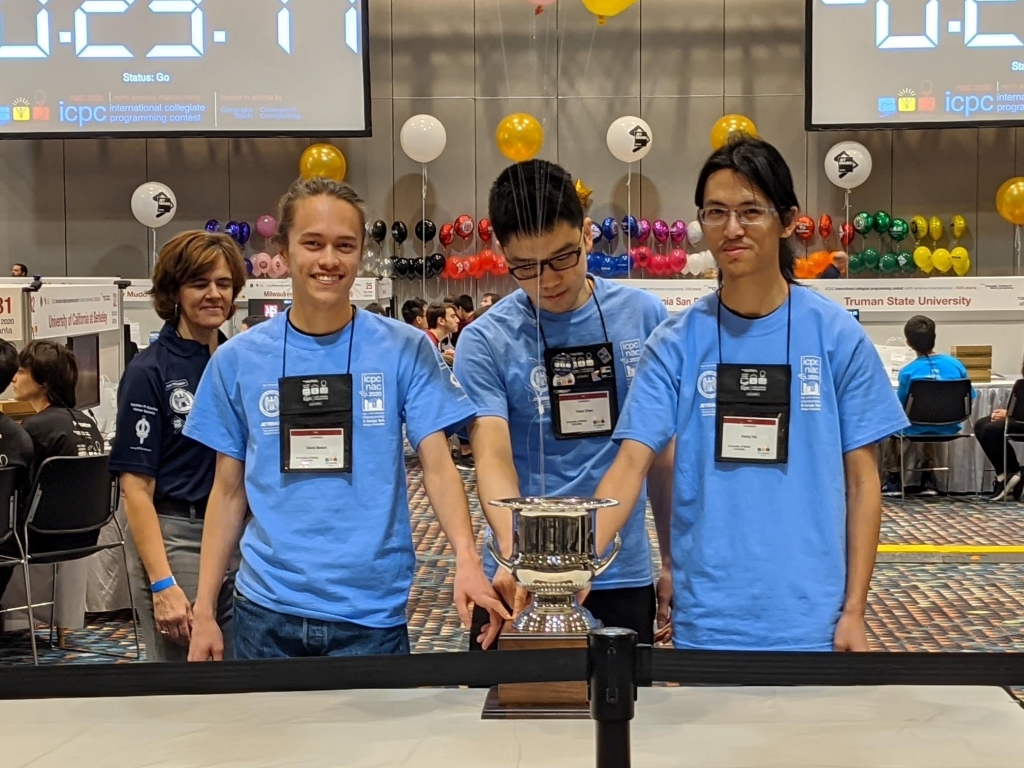 This winners of the regional competition (shown above) were David Berard (4th year Engineering and Physics), Victor Chen (third year Computer Science), and Henry Xia (4th year Computer Science and Math). They will be representing UBC and Canada on the competitive programming stage in Russia, competing against teams from over 2,200 universities around the world in an intense, mind-twisting competition.

We wish them clear minds and the best of luck!