Merel Jung is a PhD student in the Human Media Interaction group at the University of Twente in the Netherlands and was a visiting research student at the UBC SPIN lab for 2 months in 2015. She is working on the detection, classification and interpretation of touch in social interaction between humans and artifacts such as robots. The final goal is to work towards a reliable automatic understanding of social touch to make computers behave socially intelligent. Her background is in psychology she received both her bachelor's degree (2010) and master's degree (2012, Cum laude) at the department of Cognitive Psychology and Ergonomics at the University of Twente, The Netherlands. 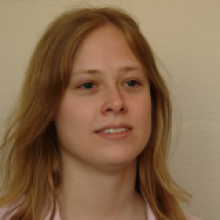